The conversation has begun as to who deserves to be the husband of celebrated Nigerian actress and entrepreneur Rita Dominic.

Ice Prince and M.I Abaga have both declared their profound love for the screen goddess on diverse occasions.

Ice Prince revealed on Twitter that he saw Rita Dominic at an event on Saturday night, February 8, 2020, and she held him down.

“I saw
the boss Rita Dominic Last Night at an event  That na my Good Friend
long Long time  she never fails to hold me down like a G  Love
the Queen
@ritaUdominic”, he
tweeted.

M.I, Abaga on the other hand made known that he is crazily crushing on Rita Dominic.

So the question is, who
deserves Rita Dominic let us know in the comments section beneath this story.

The conversation has begun as to who deserves to be the husband of celebrated Nigerian actress and entrepreneur Rita Dominic.

Ice Prince and M.I Abaga have both declared their profound love for the screen goddess on diverse occasions.

Ice Prince revealed on Twitter that he saw Rita Dominic at an event on Saturday night, February 8, 2020, and she held him down.

“I saw
the boss Rita Dominic Last Night at an event  That na my Good Friend
long Long time  she never fails to hold me down like a G  Love
the Queen
@ritaUdominic”, he
tweeted.

M.I, Abaga on the other hand made known that he is crazily crushing on Rita Dominic.

So the question is, who
deserves Rita Dominic let us know in the comments section beneath this story. 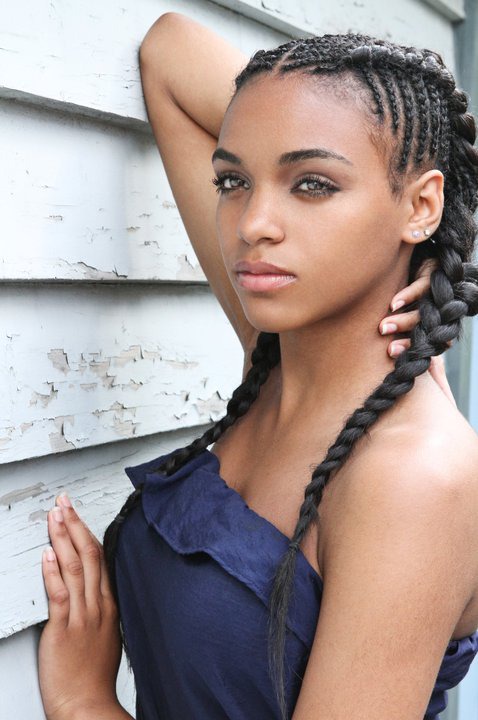 Have you ever had an attractive girl look at you and you didn’t know what to do? If you respond the wrong way or even too late, your chances to seal the deal could even slip away.The FIRST GLANCE can already create tension and set the tone before you even talk to her. So in this article I’m going to help you capitalize on that crucial moment.

Now, it’ pretty common for guys to feel off guard when an attractive girl looks at them from afar especially if they haven’t been in the game for a while. Most of the time a girl looks at you means she is interested in you,That’s a great start all you need to to is capitalize on the situation.

First, Make sure to look back, Alpha males are the ones that attracts women the most so, take charge and control women usually are not the ones to make the first move, men do.She’s looking at you to make sure that you get the message, when you have caught her looking at you look back without hesitation now if she looks away before you have the chance to make eye contact just keep looking for few seconds to catch her attention because it is important that she knows that you noticed her.The beauty is that looking back can create sexual tension and that before any words have even come out of your mouth, make sure you maintain dominance when you are looking back don’t act all meek and stare at the floor, if she looks back keep looking at her as if you are enjoying each other and enjoying the moment even before you get near. Now that you have got her attention make sure you smile at her because looking at someone smile literally brightens up your day, a chin-up confident smile is the way to go as it actually gives her comfort and shows her you are a fun guy to be with. 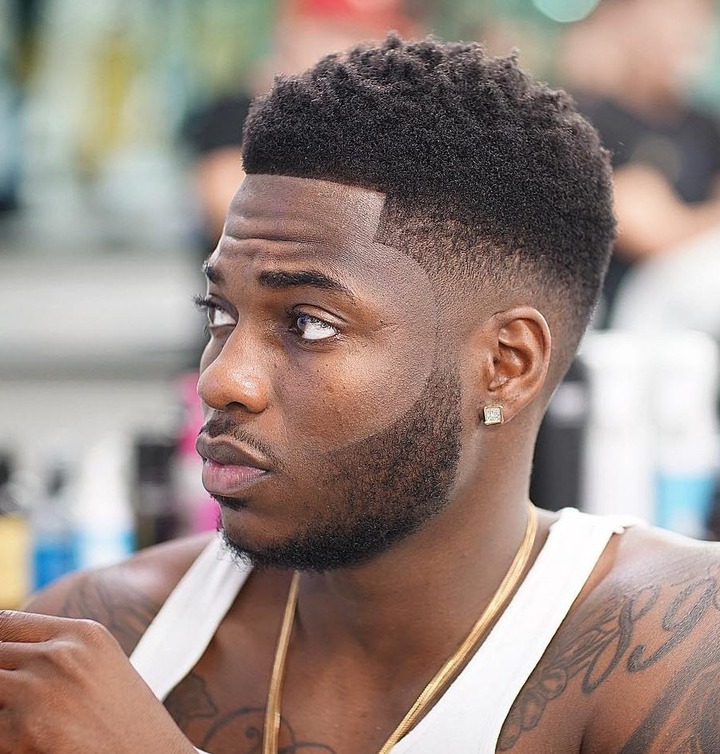 Looking back at her the moment she notices and give her the best smile you have, one that says “hey,let’s have some fun” you can also look away and smile for a moment then look back at her, this brings a certain allure and mystery while at the same time acknowledging that you are going to approach her and will like to know her better.

Here also are somethings you should not do:

Avoid a creepy nodding smile or a cheesy smirk and please don’t frown to thinking it is cool and don’t try too much to force the smile either, Just relax and make sure it comes natural as if you appreciate her looking at you and you are enjoying every moment.How you can really know your perfect smile? is to practice everyday in the mirror, go ahead it actually helps.

Next, i want to talk about establishing eye contact “Confidence dictates control”.When you look at a woman always maintain eye contact even before the conversation starts check her reaction,The moment she looks back lock eye contact. If she looks away quickly she’s either creeped out,she’s shy or playing hard to get(Women play hard to get all the time ) so whatever you do don’t give up yet, if you think she’s the shy type then give her enough room to adjust but don’t wait too long to approach or you may lose your chance and if you think she is playing hard to get keep the confidence up and take control and remember to focus on her eyes it can be a total turn off if you are staring down at her body rather than her face.

Now taking all the other tips into consideration, approaching her is the best part, always remember a woman looking at you is an invitation women don’t always make the first move men do instinctively women go for the aggressive and assertive man because that is what the look for in males “Security” and if you are sloppy and slow that will look like a weakness and turn off.

Remember that body movements are important, Walk tall with a straight back and your head up no slouching or looking at the ground and keep the eye contact when it is already established and talk to her. Remember an attractive girl looking at you from afar can men many things but one thing is for sure be a man and look back and make your move she’ll appreciate that.

Nigerians are on alert as Legend Jay Jay Okocha took to social networking site, instagram to announce his daughter, Daniella is ready to settle down.

Augustine Azuka “Jay-Jay” Okocha is a Nigerian former professional footballer who played as an attacking midfielder.

A quick and skilful playmaker, who is considered as the best Nigerian and one of the best African players of all time.

Okocha releases a breathtaking photo of his beautiful daughter and calls her his “baby girl”, the most interesting part is the caption “rocking” announcing indirectly that his daughter is single and ready to settle down.

Which is obvious that she is a grown-up woman and despite she being a student or she has a career, he is ready to be a grandfather lol! What do you think about his post?

Azaan Kaleem, 18, was knifed up to 20 times and collapsed into the arms of his girlfriend near his Luton, Beds home

THIS is the harrowing moment a mum begs “please, please” as her son lays dying on the street after being knifed by a gang.

Azaan Kaleem, 18, was stabbed up to 20 times and collapsed into the arms of his girlfriend near his Luton, Beds home – attacked for supposedly giving a thug a “funny look”.

Distressing footage has since been shared of the moment paramedics desperately battle in vain to save the teen’s life in March last year.

Mum Roseann Taylor can be seen running to the scene – weeping as she begs for them to save her son.

The devastated mother was filmed on emergency crew’s body cams, buckling to her knees as she sobs.

Four men have been convicted over the fatal stabbing, with the tragedy to feature on Channel 4’s 24 Hours in Police Custody.

Speaking in the documentary, the mum said: “We keep bashing people over the head with statistics – this has gone wrong and that’s gone wrong.

“Why don’t we show it raw for a change? The reason I agreed to that footage being used is because I can’t tell you in words what was going through my mind.

“I can try to describe it but it wouldn’t resonate. It’s indescribable.”

She had run to the scene on Hartsfield Road after hearing her son had been knifed while with his 18-year-old girlfriend, Shannon Martin, and another friend.

Recounting the moments as she tried to get to her son, the mother said: “It was mayhem. There was police everywhere, there was a helicopter flying and I could just see people around him.”

Her appeal comes as Britain has been gripped by horrific knife crime – with killings rising to the highest in ten years in 2018.

Shannon Martin, girlfriend of Azaan Kaleem, relieves the moment gang stabbed to death boyfriend in front of her

‘I KEEP SEEING IT IN MY HEAD’

She told the Mirror: “I still have images of what happened in my head, haunting me. They’re as vivid and horrible now as they where that day.

“I have nightmares and can’t sleep, have panic attacks, can’t walk past gangs of lads on the street or even just one lad.

“I haven’t had a day without crying since Azaan died.”

The couple had known each other for six years before they became a couple and Azaan had been set to ask Shannon to marry him the month after his death.

Shannon said: “Azaan turned to me with a Haribo ring and said, ‘will you marry me?’.

Two men aged 18 and 19, who cannot be named, were given life sentences after being convicted of murder.

Harrison Searle, 18, of Luton, who was also convicted of murder, has been sentenced to 16 years in jail.

Reece Bliss-McGrath, 20, who was found guilty of manslaughter, was sentenced to 11 years.