As conspiracy theories continue to spread about the COVID-19 pandemic and 5G network, an American woman has taken to her social media page to share her opinion regarding the recent global happenings. The yet to be identified lady reportedly exposed the plans of China against Africa amid Coronavirus Pandemic.

In a video that surfaced online, the American Lady said that she is married to an African man that is why she is making the revelation, advising Africans to be wise and sit up, because she doesn’t want to loose her in-laws in Africa.

She said: “We all know that Coronavirusoriginated from China, they lied about when it started, how it started and where it started, we know that it started 6 weeks before they actually told the world.

“Chinese is living in Africa and they are kicking Africans out of their homes, accusing them of bringing coronavirus to china, Coronavirus came from China.

She also said that her husband is a black man, explains how they treated him badly in china, seeing him as a robber or an enemy.

Further, she explained why Chinese is in Africa, adding that they are not in Africa for the good of Africans they have secret agenda.

“They are not just in Africa for your gold, not for your minerals but to kill you and takeover your country.

“By 2050, the Population of China is going to be so much, so, there is not going to be enough place to live in china, so they want your country and they don’t want you in it.

“we are talking about people who hold their nose when you walk pass, and now they are sending a vaccine, what vaccine? They haven’t created a vaccine, no country has created a vaccine yet, so what ever they have sent to Africa; is not a vaccine for coronavirus but a poison.

“There is no vaccine they have sent to African that has ever done any good.”

She also revealed that during HIV, they created a vaccine and infected a lot of people with HIV in Africa.

She warned Africans not to accept any Coronavirus Vaccine, that if a vaccine has been created, they would first use it on their people, adding that if Africans accept any vaccine which has not been tested in America or other high risk countries that it is not a vaccine, but a poison.

“If they create vaccine, they will first use it against the virus in the Lab, use it on animals before testing it on humans, so whatever Vaccine they have brought to Africa is to kill you.

“China wants to wipe out African because they want to take over the continent.

She also revealed that china is giving out Trillions of Loans to African Countries with Low interests as a plan to take over Africa.

“China is giving African Leaders, Billions of Dollars, they are giving out Loans to Build Infrastructures, your Leaders won’t be able to pay back and will forever be indebted to China.

She disclosed that the Chinese People in Nigeria have a hidden Agenda, they left their country and arrived to Nigeria, Nigerian Government welcomed them, adding that one of their plans is to spread the Virus in Nigeria and give people poison in the name of drugs or vaccine.

“Many People around the world are against the Vaccine, why are African Leaders accepting it?”

In conclusion she said, “China want to wipe out Africa, they have a secret agenda, Your Leaders should stop accepting their money and offers, they want to take over Africa, take over your country, they want you dead, they are giving Billions of Dollars to your Leaders to Bribe them so that they can do whatever they Like, they have already sent a vaccine to Senegal, they are already in Nigeria and other African Countries, They don’t want you in their Country but they are coming to your country, your Leaders are accepting them because they are indebted to them, the Vaccine they want to test in Africa is poison. Africans wake up!!”

Popular Nigerian actress Tonto Dikeh and her best friend, cross-dresser Bobrisky have been allegedly bounced at an event in Dubai.

In a video shared on the Internet, the ladies were seen in a crowd of people as they both cluster to find each other.

From the video shared, Bobrisky was calling out to Tonto as he screamed ‘I’m here, let’s go’

Another source revealed that they were only asked to leave the event because they are not a couple as the event was for only couples. 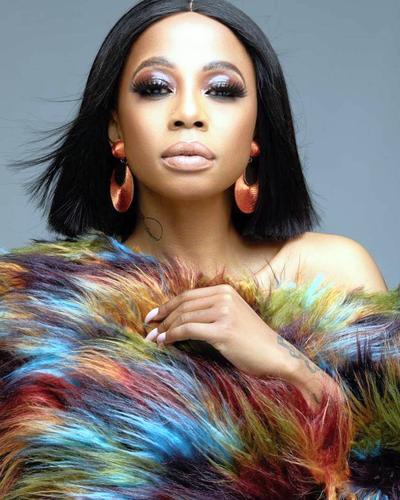 It’s ‘a good time’ for Nigerian musician Davido as he continues to enjoy some of the rare gifts life can offer. The ‘Risky’ crooner and his fiancee Chioma recently had a naming ceremony for their baby boy.

You’ll recall that Davido and Chioma welcomed their first child together a few weeks ago in London. The couple have put together a naming ceremony for their son.

The event was also in London and was attended by members of the family, friends and close associates. The baby’s name is David Adedeji Ifeanyi Adeleke Jnr.

In some of the clips from the little ceremony, Davido was captured saying a prayer for his son and also having a dance with his fiancee Chioma.

See clips and photos below.

Mercy Eke, the winner of 2019 BBNaija reality TV show, has warned men to stop sliding into her Dm advising them that her boo, Ike, would run them over.

The reality TV star who is still on her media tour made the comment in response to a question from an interviewer on ‘Beat Fm’ who asked how she has been coping with advancement from men.

Read Also: Mothers In Port Hacourt Are Praying For Their Daughters To Be Like Mercy: Nollywood Actor Shades Tacha

She further shared that she and Ike are for real and ready to do a lot of big things together.

Here’s what Mercy had to say when she was asked about all the men messaging her.