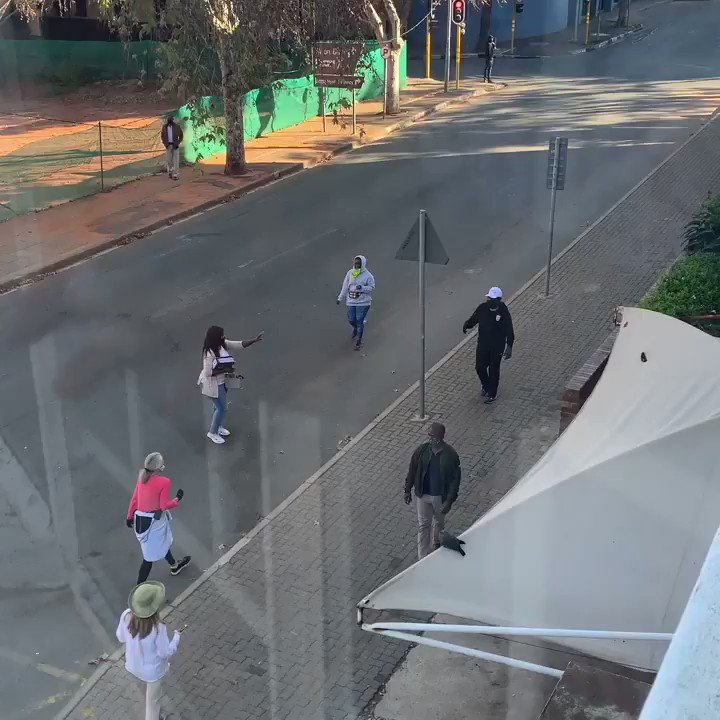 “I believe I’ m on the path to recovery and am feeling much better than I was a few days ago. I remain in self-isolation until I have been given the all-clear. I trust the worst is over and I’m coming to grips with it.”

These were the words of the 38-year-old Hilton businessman who was confirmed positive with South Africa’ s first case of Covid-19 on Thursday.

The father of two spoke exclusively to The Witness last night from his home at an upmarket estate in Hilton, after Health Minister Zweli Mkhize announced earlier that the country had recorded its first case of the virus.

The announcement set off a flurry of rumours and incorrect speculation on social media that shopping centres in Hilton had been quarantined, that the patient was from Durban and that his two children who attend Cowan House Preparatory School had also tested positive, among others.

The man, who asked not to be named, said he, his wife and eight friends returned from a skiing trip to Livigno, northern Italy, on Sunday, March 1. They had left on February 21, flying from King Shaka airport to Dubai, then to Zurich and on to a ski resort in Livigno, returning the same way.

He said he could not pinpoint where and how he got infected, but suspected it could have been on the way to or from Livigno. The man confirmed that the others in their group had since been isolated and were being tested, as well as his wife and sons.

“I started feeling a bit ill with usual flu-like symptoms on Sunday evening. It got progressively worse on Monday. On Tuesday morning, I saw the doctor here in Hilton. She was actually quite vigilant and said that because I had been to a highly-infected area [Italy] and had travelled, I should get a swab test done. So I did on Tuesday by mid-day and was told I would get my results in 48 hours’ time. The pathology lab staff were excellent and it felt more like going into a bio-hazard facility as their staff were wearing protective gear and their facilities were also protected.

“To the minute today [Thurday] by about midday, I got a call from the NICD to confirm I had tested positive. It was overwhelming and before we had a chance to actually process what was going on, about two hours later, the Health minister had made the announcement confirming the case to the country,” he said.

Dr Robyn Reed, the Hilton doctor who saw the man, has also isolated herself as a precautionary measure. Reed, who was widely named on community WhatsApp groups, declined to comment when contacted and referred The Witness to the NICD.

The man said he had also isolated himself since he started feeling ill.

“We just took a precautionary measure and decided that I should be isolated from the rest of my family and I’m glad we did so. My wife and sons are not showing any symptoms as yet. There’s an extra-low possibility my sons could be affected as they haven’t had much contact with me since I arrived. They have been to school on Monday and Tuesday and we will explore that issue with the school … It [Covid-19] is viral so there’s no cure and only the symptoms can be treated. But, touch wood, I’ve been feeling much better since Wednesday afternoon and today [Thursday] has been good …”

Soon after news broke of the confirmed case, the man’s wife sent a WhatsApp message that was widely circulated on social media. It read: “Hello friends and family. [He] has tested positive to coronavirus. We have been home in quarantine since Tuesday. The kids and I don’t have symptoms, but will be tested. We are trying to deal with all of this, obviously it’s a big shock as we didn’t for one-minute think he had the virus. We are in constant contact with the NICD [National Institute for Communicable Diseases] and if you’ve been in contact with him you will be contacted by them.”

Cowan House Preparatory School in Hilton, which the man’s children attend, confirmed in a letter to parents late last night that the school will be closed on Thursday and weekend extra-curricular activities have been cancelled.

Other schools in Pietermaritzburg and Hilton released statements calling for calm and that appropriate measures would be taken at the schools.

The South-East Geo-Political Zone Security Summit has commenced at The Base Event Centre, Enugu.

The theme of the summit is ‘Strategic Partnership for Effective Community Policing in the South East Geo-Political Zone’.

The crowd is waiting for the arrival of the Inspector-General of Police, Mohammed Adamu, and the state governors of the zone. While preparing for the main show, the three stars met with a few fans who presented gifts to Kim Oprah and Ike Onyema.

However, Omashola was shocked after no gift was presented to him. It’s likely he will be presented a gift at the main party tonight.