Cassper tried to trick the people with his shady caption, but we see you. It looks like Cass took the Bentley out to take Thobeka Majozi on a road trip, not just him and his whip. Thobeka coincidently posted a snap of her sitting on a Bentley exactly the same as Cassper’s on the exact same day Cassper took his out.

Cassper Nyovest pulled the wool right over the people of Mzansi’s eyes when he said he was taking ‘her’ on a road trip. Looks like the ‘her’ he was refereeing to was Thobeka Majozi and not his Bentley.

It’s no secret that Cass has been looking for love. The man is ready to wife a woman up and start a family of his own.

Briefly.co.za reported on Cassper’s cute post which we, and the rest of Mzansi, thought he made about his Bentley – never ever were we expecting him to be talking about an actual live female.

Taking to social media yesterday, Cass shared a clip of him uncovering his hella lit Bentley and captioned it with; “Roadtrip with her”.

2,500 people are talking about this

Obvs everyone thought he was speaking about the car until Thobeka took to social media a little while later with a snap of her sitting on a Bentley just like the one in Cassper’s post.

It was Thobeka’s birthday yesterday so if Cass really did take ‘her’ on a road trip, that would have been pretty damn romantic! Suspicions surrounding these two are not something new, but fans have had very little to go off until now.

When the public put the two puzzle pieces together, minds started racing and they took to social media to call Cassper out. 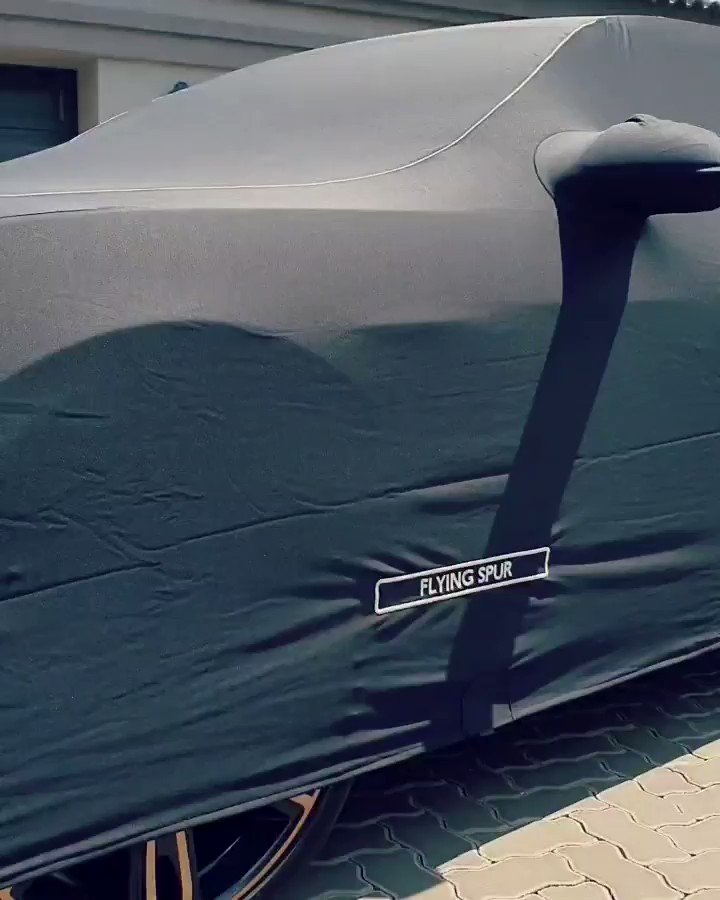 Talking about the woman who took the video?

Her… don’t get it twisted 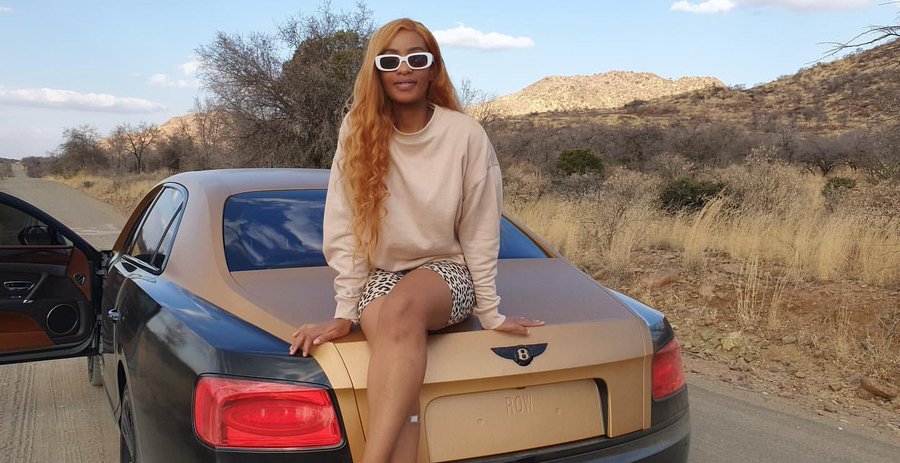 Road trip with “her”
She is her!
Her is she! 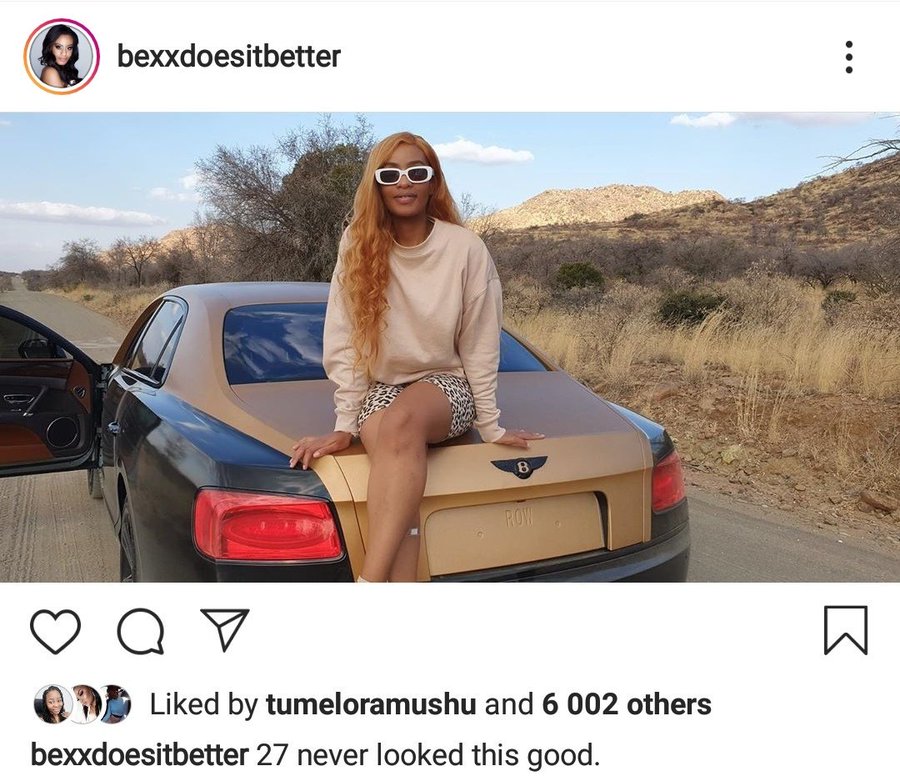 THE kasi of uMlazi, Durban will be ululating this Saturday. This is because Uzalo actress Baby Cele will be getting traditionally married to businessman Thabo Moloka. The two have been together for the past five years. In 2017 they got married in a white wedding ceremony and only decided to host the traditional wedding this year.

An excited Baby said that the traditional attires that she and her husband will be wearing on were designed by the Durban designer Mamsie Phoko of the Afrolicious label.

– Well, his Mzansi fans were not having it and told Cass to go

Cassper Nyovest dug himself a deep hole when he told his followers that he would like to be Nigerian. If you ain’t proud of Mzansi, you can’t sit with us!

There is no denying that Cassper is one of the most successful and popular artists in Mzansi. Cass often sparks fires that he can’t handle, even though many have warned himagainst it.

Briefly.co.za learnt that Mzansi’s hip-hop star feels a tad unsupported by the people of Mzansi. Cass feels that Nigerians would probably give him more support.

Taking to social media, Cassper aired his views and expressed his desire to be Nigerian. This came after Zakes Bantwini and Cass had an open discussion over social media about the South African music industry.

I just wish you from Nigeria …..you are a good man and talented too ….always speaking the truth and being real… One love man

1,321 people are talking about this

Cassper we gaht your back anytime….am a die hard fan of casspernyovest and am from

,just checking up on you bro

55 people are talking about this

Mzansi fans were not feeling Cassper’s vibe at all. In their opinion, if Cass ain’t happy, then Nigeria can have him!

South African fans after finding out that Cassper wants to be from Nigeria. 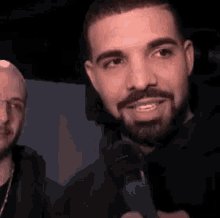 “Im African American”.. gwiqiqi “i wish i was from Nigeria”

Cassper is ungrateful after all SA fans have done to build his Fill Up and brand.

He must also host his next fill up in Lagos.

289 people are talking about
To get more information on celebrities
News follow our news letter on http://www.cadilblog.com

Cassper Nyovest has once again taken to social media to state reasons he feels Nigerian music industry is way ahead SA music industry.

Days back, after the release of American singer, Beyonce’s album, The Gift, which featured lots of Nigerian singers, the rap star concluded that West Africa is way gone.

However, 26th of July, which is Friday got Cassper in his feels again after being alerted on the number of new singles dropped by Nigerian singers, featuring top international stars.

Mufasa explained that the reason why SA artists haven’t gotten enough international recognition is because of the growing hate among music artists.

“Too gone. We could have the same thing but nah, we would rather fight amongst ourselves and cut down our airplay to cut the reach. Disrespect our own sound and artists. That’s our vibe here. Niggas not playing your music cause they don’t like you, you know? Those vibes. We lost!” Cas tweeted.

Too gone. We could have the same thing but nah, we would rather fight amongst ourselves and cut down our airplay to cut the reach. Disrepect our own sound and artists. That’s our vibe here. Niggas not playing your music cause they don’t like you, you know? Those vibes. We lost! https://twitter.com/Sox_Live/status/1154661235926941696 …

Davido chilling with Chris Brown and having a song with him. Wizkid featured by Beyoncè. Then Burna Boy. West Africans are gone!

2,554 people are talking about this

A fan further advised the Tito Mboweni hitmaker to be a solution provider to all of his complaints and in response, the rapper revealed he is tired, because; “Niggas ignoring my phone calls and Dms. Nobody wants to f^ck with each other ouchea. It’s all Egos. Who gone make it on his own? Thats the race we running in SA.”

Then do something about it..

147 people are talking about this

You might also like…AKA accepts new title, Snippet God & here is Why

AKA might be dropping a new single soon but ahead of the release, fans have decided to endow him a new title which is; “Snippet god.”

The rap star whose debut album went platinum the 7th time weeks back has been working on a new project and he’s shared snippets of the song on social media in other to get words from fans. continue reading…

Cassper Nyovest has made it clear that not ever in his life will he perform for the Durban audience due to his past experience on the previous #FillUp concert which took place in Durban, Moses Mabhida last year.

The rapper is still trying to recover from the experiences he encountered which weren’t at all great, not only did he sink in debt after the concert but fights brewed up causing major chaos involving DJ Tira. Nyovest made it clear that he is not ready to deal with the industry politics from Durban which are the worst he ever experienced.

“I don’t think i would ever bring fill up to Durban ever again. I love the fans cause they are just supportive of great ideas but the politics of the industry there are the worst ive experienced in my life. I was scared for my life and i just wanted to be out. Glad it’s over,” wrote Cassper.

He further mentioned his plans for this year’s #FillUp. “This years fill up is gonna be soooo special. Its the 5th 1 and it’s between 2 cities. Both cities are my strongest fan bases. We just waiting for the right signatures and we move on either or! Can you guess the cities?”

Couture week is underway in Paris, where Celine Dion is putting on her own personal fashion show. The singer has stepped out in several memorable outfits, but may have worn her most iconic yet: an Off-White blazer and leotard with no pants. Temperatures have hit the hundreds in Paris, making Celine’s styling choice a cool one.

The colorful look was first worn by Gigi Hadid on the Off-White runway. Dion kept the blazer unbuttoned and paired it with colorful heels and large sunglasses.

Earlier this week, she wore an all black Chanel unitard and belt. She followed it up with a completely different look, wearing an Attico feathered tube top and asymmetrical jeans.

And looking like a walking optical illusion, Dion looked regal in an orange and lavender Iris van Herpen gown.

Despite her impressive style, Celine is reluctant to call herself a fashion icon. “I love fashion a lot, definitely,” the singer told ELLE for her special subscriber cover. “For me, fashion is art. It’s a way of expressing yourself. When I put something on, I play. I don’t take myself seriously. I kind of, like, borrow a character. But to be considered a fashion icon? I don’t know, I just do one day at a time, do the best I can, feel the way that I want to feel. That’s the most important thing.”