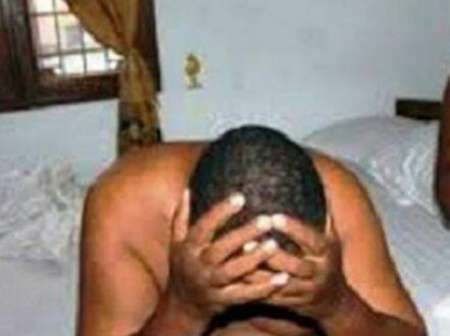 A man name Adewale, Adetunje, who is from Ogun state but stays in Lagos with his wife, and two kids. They live in a two bedroom apartment and his kids always sleep in a different room

Mr Adewale gave his statement about the tragic story that happen at night , at the Lagos state police station , he said his wife always mock him of not being strong and very weak on bed, he is not able to perform or satisfy her any more , he said his weakness was due to sugar and work stress , a night before her death,, according to his statement and confession , he was ashamed and he went out the next day , he went to seek for advise and later went get some $€× hard drugs ,

He then also took a lot of herbal mixture man power, just to win her that night and to satisfy his wife, when he Got home he started it with the wife,the man could not come after several hours of round of sex,the wife collapsed and died.