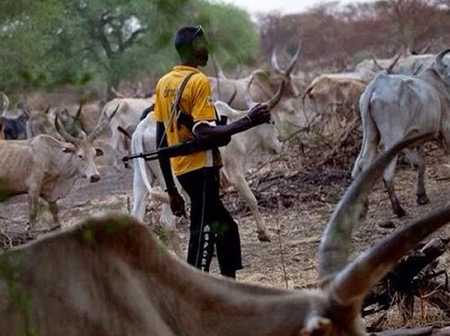 Following incessant killings in delta state by herdsmen who reportedly killed more than 14 persons in ughelli, deltans have teamed to return street beggars from the north back to where they came from. After some ughelli communities exhumed 6 corpses of farmers killed by herdsmen and buried in shallow graves in their farms, many people were provoked. Herdsmen have been expelled from many communities as they keep driving them away. They also took their sweep at beggars mostly from the north who engaged in begging for alms. They put them in trailers that brought onions, sugacane and cows and excorted the trailers as far as Auchi in Edo state to ensure that the beggars were not dropped half way.

Ughelli community have been boiling especially uwheru, avwon and others. Since the issue of herdsmen ravaged many of the communities, deltans have been provoked beyond words. Governor Ifeanyi Okowa have gone there to plead with the communities to allow peace to reign. Furthermore, the governor also asked them to allow security agencies to carry out proper investigations and prosecute those involved. Some herdsmen and soldiers who perpetrated the acts have been arrested though the commissioner of police initially denied that the herdsmen killed farmers. He only believed after the corpses were exhumed