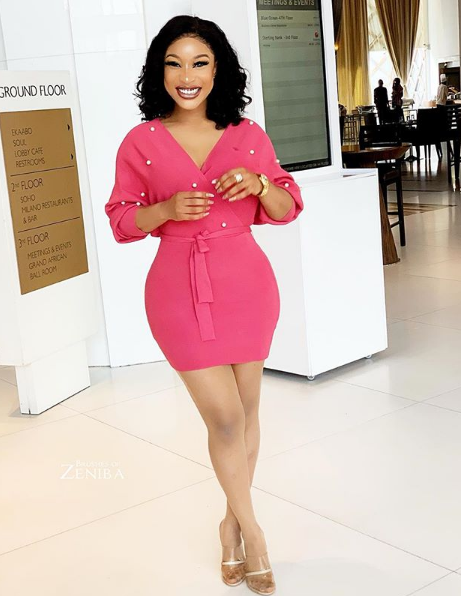 Nollywood screen goddess Tonto Dikeh has said her private part is the most magical part of her body.

In a video shared on her Instagram page, she is asked what the best part of her body is, to which she replied – it is and remains my private part. That is the most magical part of my body.

The controversial 34 years old, Rivers born petrol chemical engineering graduate of Rivers State University and mother of 1 is not new to controversies.

She had been married to Oladunni Churchill in 2015 but the marriage hit the rocks a few years later and by 2017 they were separated.

Lately as December 2019, she had allegedly been involved in an altercation with security personnel in Dubai during a conference. Eventually, her passport was allegedly seized preventing her from leaving the country. An allegation she denied.

At the same conference she allegedly posted fake pictures of herself as a speaker, sparking outrage from popular blogger Stella Dimkokorkus for deceiving her fans.