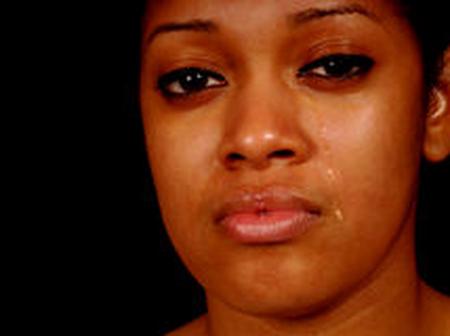 About three years ago my husband Andrew and I were struggling to pay our loan after he’d been forced to change jobs and I’d taken time off work to have our first child.

His new position, in the finance division of a major company, paid a lot less than his last job and we were going to the wall financially.

It looked as if we are on the verge of losing our house to the bank.

Eventually, after six months of working himself nearly to death, a much better job came up in Andrew’s division.

The salary and bonuses he would earn from the promotion would set us up for years and not only pay for the loan but allow us a holiday and a few luxuries as well.

I can’t underestimate how much we needed Andrew to get that job.

He was good enough and had worked hard enough, but the fact that he wasn’t senior in the company might count against him.

A couple of weeks after the position was advertised and after Andrew had written an excellent application that he had submitted to his boss, I found myself dragged along to a night out with the families of his co-workers.

As the boys from the office let their hair down to celebrate the end of the financial year, we girls joined in as well.

I hadn’t had a night out since my child was born and I guess I went a little over the top with my drinking.

As the night wore on and my husband, a little worse for wear, retreated to a couch with a few of his mates to keep on drinking, I felt a hand across my back and looked up to see the head of Andrew’s division standing behind me.

He said, ‘You’re a beautiful woman’.

I didn’t know what to say. I didn’t even know if he was serious, so I giggled a little.

He leant in again and kept whispering, “Cynthia i know you and andrew are having problems. I can help.”

I asked how and he said, “They’ve chosen somebody else for the new position. But I can choose whoever I like, and I can pick him.”

I stayed silent waiting to see what deal he would make me.

His hand became a little heavier on the small of my back, and he continued, “I’ve been looking at you all night. I want to make love to you.”

I turned to tell him where to go, and he interrupted me, “Don’t say no yet. Just think about what this job means to Andrew. One night with me and you’re set. Think about it,” and he walked away.

I stood for a few seconds trying to gather my thoughts and dissect what had just happened to me.

Eventually, I dragged Andrew home, but having sobered up upon hearing Mark’s proposal I had a sleepless night lying next to him wondering if long-term financial security was enough to betray my husband for.

Was it even a betrayal? It was for him as well.

The next few days were spent discussing the state of our loan and how we needed him to get the job to pay up our debt.

How could I tell him that there was no way he was going to get it unless I gave myself for him?

I knew there was only one thing I could do.

One day when Andrew had left for work, I went through his address book and found Mark’s mobile phone number.

I called him and said that I would give him what he wanted in exchange for Andrew’s promotion.

He called me back a few minutes later and gave me the address of a motel where we would meet.

For the next hour, I let this middle-aged man use my body as he liked on the promise that he would hold up his end of the bargain.

We left the motel, and I sat in my car for another hour crying.

Had I done the right thing? Would I be double-crossed?

A few minutes after I eventually managed to start my car and drive towards home my phone rang. It was Andrew.

I couldn’t bear to speak to him, so I let it ring out and continued to drive.

It rang again, and I ignored it again.

It was only the third time that it rang when I answered it.

He breathlessly told me that he’d been chosen and would start his new job on Monday.

We’d been saved. I cried again.

They were tears of joy with a lot of bitterness and regret mixed in.

We were saved, but at what price?

Andrew has since proven to be one of the best employees that the company has.

He’s earned bonuses that he never would have in his old role and looks set to be promoted again.

But every time he proudly talks to me about his work and how successful he is I have to look away in shame because I can never reveal the terrible secret about how he came to be there in the first place.

Please should i tell my husband about it?