He begged the self acclaimed Port Harcourt first daughter, to come back home to receive the 5 million naira and forget the promises of musician, Peter Okoye, and sex therapist, Jaruma.

The controversial housemate has been promised a lot of cash rewards since her disqualification from the show.

Omoyele Sowore, the publisher of Sahara Reporters and convener of #RevolutionNow protest, is set to be arraigned before the Federal High Court in Abuja on Monday.

Sowore who has been charged with treasonable felony, amongst other offences, arrived at the court this morning chanting #RevolutionNow. While he chanted “Revolution” his followers who were already waiting for him responded “Now”.

Recall that the Department of State Services, DSS, on August 3, 2019, arrested Sowore for calling for a revolution through a protest scheduled to hold on August 5. The protest was interpreted as an attempt to topple the Buhari led administration.

Justice Taiwo Taiwo in the Abuja Division of the Federal High Court granted the DSS permission to detain the activist in custody for 45 days and at its expiration, the Attorney General of the Federation filed a seven-count charge of treasonable felony, cyber crimes and money laundering against the activist.

Big Brother Naija ‘Pepper Dem’ housemate, Mercy was seen crying as she shares her family story with Diane, Ike and other housemates.

Mercy while narrating her family story with other housmates, disclosed that she is the only graduate in her family as her brothers didn’t even attend secondary school and cannot speak English.

Mercy who couldn’t hold back her tears while telling her family story was consoled by her best friend in the house, Diane who reassured her that everything will be fine.

Mercy who just turned a year older today, also revealed that her sister married early to get a chance to go to school but her dreams couldn’t come to reality after her husband died.

Mercy also revealed she is worried that her love interest, Ike wants to meet her family because her siblings cannot even speak English.

However, Ike reassured her that he was going to learn Igbo so he could communicate with them and build 4 houses so he could give her four brothers one each.

Diane sheds tears while Mercy tells her story. That’s true friendship between the two in #BBNaija. A girl should win this year’s show. Either of the two, I’m good with it.

24 people are talking about this

Damn..Mercy and Diane’s convo is piercing through my skin. 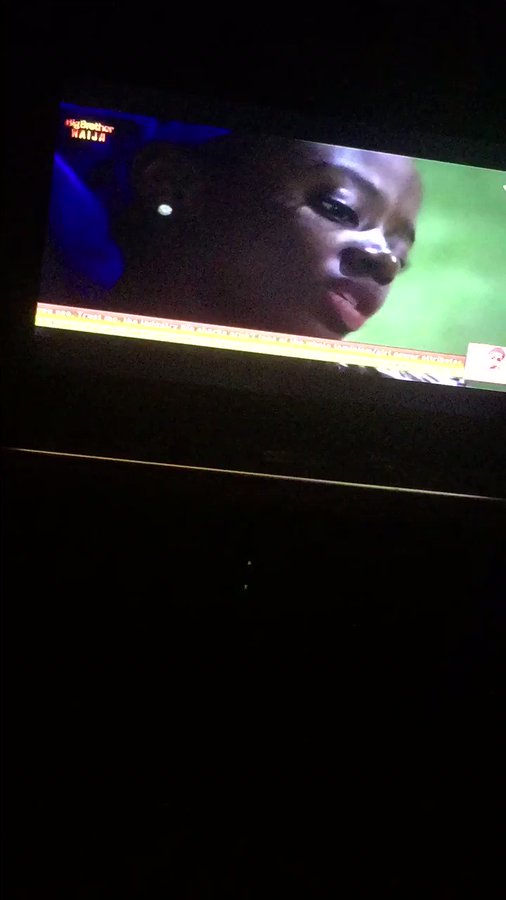 Nigerians on Twitter are reacting to the surprise move of those raising funds through ‘GoFundMe’ for Big Brother Naija disqualified housemate, Tacha.

While many disapprove of the move saying it is ‘dumb’, others especially Tacha fans have stated that they won’t back down until they reach the 50million naira goal.

It seems the drama surrounding Tacha’s exit is not ending soon as Big Brother allegedly refuses her audience with her management team.

According to a post shared by Jaruma, Big Brother has made enough money through her participation and enough is enough.

She shared the image below and captioned it:

“@bigbronaija You USED Tacha to make SO MUCH MONEY! She was up every week & we voted for her EVERY SINGLE WEEK THEREFORE WE WILL NOT ALLOW U TO USE & TAKE ADVANTAGE OF HER ANY LONGER!!!!! @bigbronaija Please RELEASE TACHA NOW!!!!”