Born into a family of entrepreneurs, young Imade Adeleke has taken a giant stride in the same direction by launching her organic hair care line for children; @aurorabyimade. Inspired by Imade’s lack of hair growth at birth, her mom #SophiaMomodu had to find creative ways to help grow her daughter’s hair and give it a fuller, healthier and more vibrant look.This was what gave birth to @aurorabyimade.

Her proud parents are ecstatic to be going on this entrepreneurial journey with her.

She really dont care about what haters have to say,anyway is her life and she is living and enjoying it

We wish her a happy new home

(CNN) — After the catsuit she wore during last year’s French Open was banned, Serena Williams is taking the court this year in a flashy, black-and-white set with a mesh underlay.

His comments sparked backlash, especially since Williams’ catsuit was designed with compression elements to help prevent blood clots, which she dealt with after the birth of her daughter in 2017.

The ensemble Williams has worn for her two matches this week was designed for Nike by Virgil Abloh, founder of luxury streetwear brand Off-White.

It has a short asymmetrical skirt, tucked up high on the left hip. The warm-up jacket — loose, hip-length — is of the same material, a bold black-and-white design with French words for mother, queen,  goddess and champion.

On the court, Williams wore it with a tight black shirt on Thursday and with a midriff-baring tight tank top on Monday.

The 10th-seeded Williams has won both her French Open matches so far, 2-6, 6-1, 6-0 over Russia’s Vitalia Diatchenko on Monday, and 6-3, 6-2 over Japan’s Kurumi Nara on Thursday.  On Saturday she’ll play 35th-ranked Sofia Kenin, a fellow American.

A video which captured moment Regina Daniels was asked if she wants to marry Ned Nwoko, at their traditional wedding which took place in Delta State.

Regina Daniels who was quite shy when she asked if she wants to marry Ned Nwoko, said ‘YES’ as the people present clapped. Here are the videos below;

Video of moment Regina Daniels was asked if she wants to marry Ned Nwoko, at their traditional wedding (Part 1) 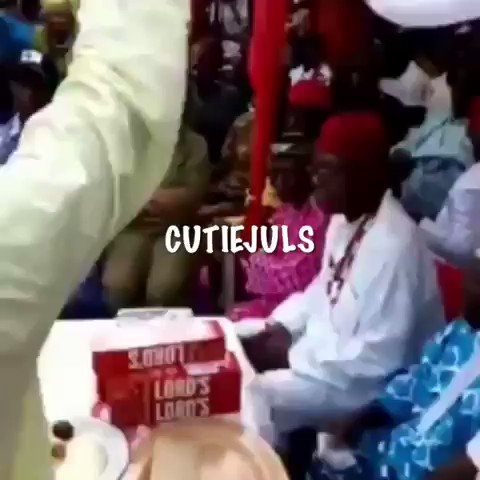 Video of moment Regina Daniels was asked if she wants to marry Ned Nwoko, at their traditional wedding (Part 2) pic.twitter.com/J8iU09fCiz

32 people are talking about this

A Nigerian lady identified as  Onuh Chisom Maryjane, has penned down what she claimed as the consequences of Regina Daniels induction to billionaire husband Ned Nwoko, in the Anioma tradition.

According to the lady identified as Onuh Chisom Maryjane, it is just the usual induction as it allegedly carries a whole lot of consequences if Regina Daniels ever cheats on her husband.

Read what she wrote:

1) Regina Daniels is expected to be faithful to her husband and not sleep with another man except him.

If she mistakenly sleeps with another man who is not her husband, the gods will come after her and the punishment in the most instance is death.

If her husband is aware that she is cheating on him and refused to take action, the ritual will come after him and his older kids.

The ritual culture was designed to check the excess and curtail the infidelity of women from that part of the world.

2) In case her husband happens to be no more, she is not expected to remarry except she goes through another round of ritual to untie herself from the man.

If she mistakenly marries another man without doing this, she will die and the ritual will also come after the man that married her without asking a question.

In all these, Oga Ned is allowed to sleep with other women and acquire as many trophy wives as possible but none of the wives are permitted to cheat on him.

This is the culture of our brothers and sisters in Anioma so I don’t have any personal opinion about it but let’s not forget that there is no free lunch in life, not even in town