This has left everyone wondering if House of BNG will be served today or not?

After Fikile Mbalula’s cryptic insistence that there was “no such endorsement” of Bonang Matheba’s bubbly at the 2019 presidential inauguration, the public has been left wondering if House of BNG will be served today or not?

An eagle-eyed Twitter user’s observation has brought about further questions after they took a screenshot from a video showing Cyril Ramaphosa at an inauguration tasting where a bottle of House of BNG can be seen in the frame.

There was a Cupcake tasting food and wines that will be enjoyed tomorrow. Bonang’s MCC is there. Fikile WA phapha. 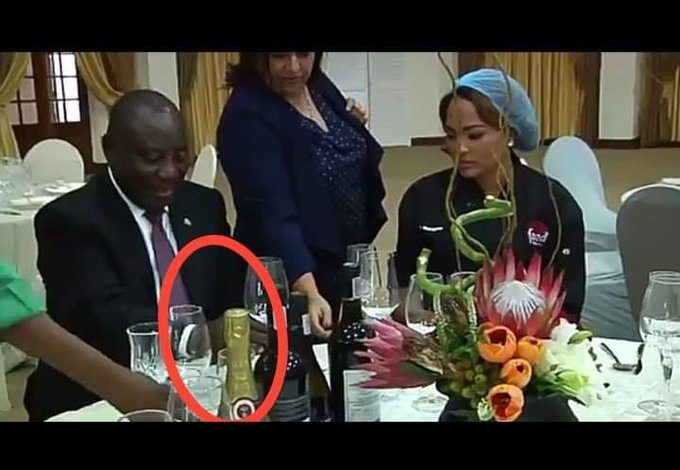 28 people are talking about this

The ANC leader who is often quick to respond to Malema has opted to tweet solely about inauguration preparation while Bonang and the president’s office have remained mum on the matter.

Meanwhile, politicians, delegates, international guests and members of the public have all arrived at Loftus Versveld Stadium in Tshwane for the event which is expected to begin shortly.

You might also like…Pictures: Back shot from gifted Lethabo Molotsi

Mzansi’s b00ty queen has something special for us today and guess what it is, a shot from the back. Taking to her Instagram she wrote, ‘Not feeling well today but here’s your back shot‘. Not really sure about what might be bothering but anyways she has made our day.

We think she decided to spoil us with a back shot since she is not sure when she will serve another one due to her not feeling well, See more pictures…