According to media reports, two security guards were injured when their Toyota SUVwas riddled with bullets by gunmen in Ekurhuleni area of South Africa.

It’s reported that there were three cars involved in the apparent robbery.  According to the police, a gang of robbers started shooting at the SUV which was reportedly transporting gold. Cops say the passenger and the driver were injured by the bullets, and when cops inspected the vehicle they found a box with gold inside.

Netcare 911 spokesperson Shawn Herbs said reports from the scene indicate that the victims were travelling in the direction of Kempton Park. 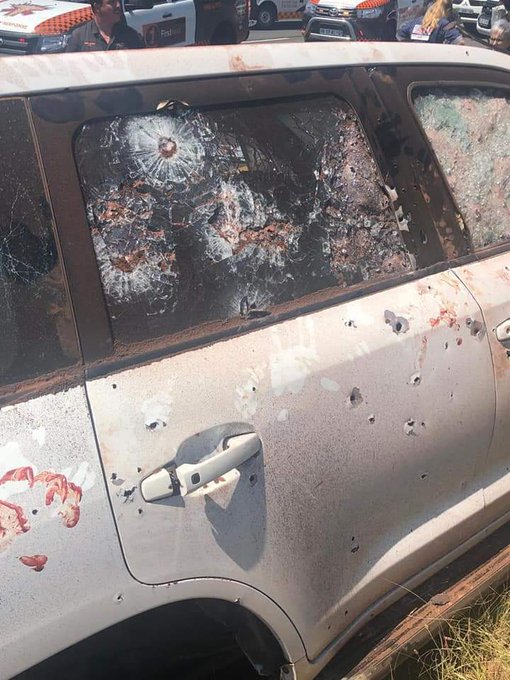 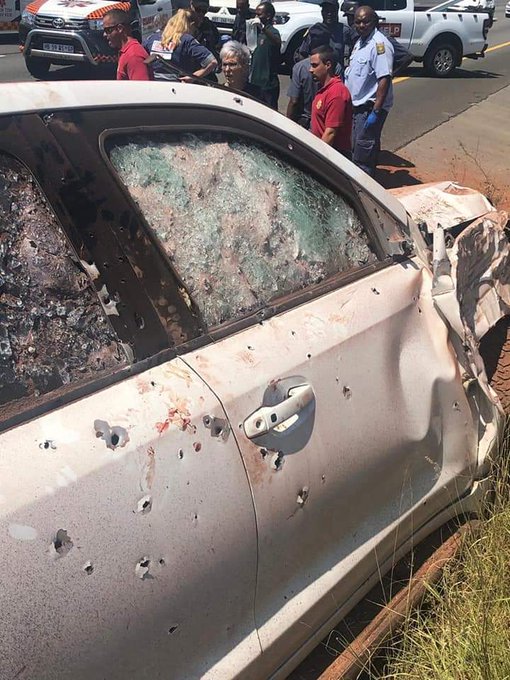 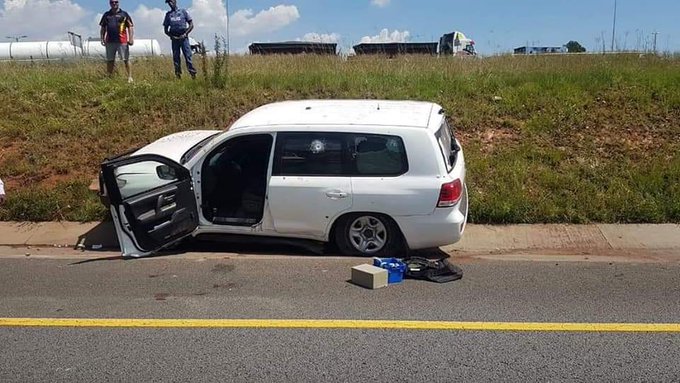 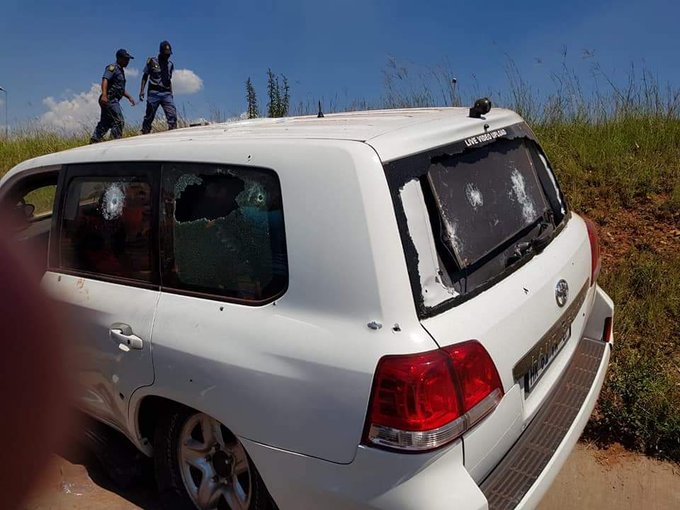 Earlier #CashInTransit heist on the R21 at the Emperors Palace offramp. 2/2

“The patients were assessed on scene by Advanced Life support paramedics and found to have sustained critical injuries.

“One of the adult males sustained a gunshot wound to the head and the other male was found with gunshot wounds to his upper torso,” Herbs said.

He said they were transported to hospital after they were stabilised on the scene.