A storm of reactions by Nigerians has greeted a picture showing two two bullion vans entering the Bourdillon residence of Bola Tinubu, the National Chairman of the All Progressives Congress (APC), Nigeria’s ruling party.

Naija News reports that the development is coming few hours to the Presidential election which will be conducted by the Independent National Electoral Commission (INEC).

The picture which has gone viral on the micro-blogging site, Twitter, showed some people queuing at the entrance to Tinubu’s home with the bullion vans moving in.

Naija News could not verify if the picture in circulation which shows bullion vans entering the home of the APC National leader is a recent one.

Moments after the picture went viral, Nigerians took to Twitter to air their opinions on the development.

Naija News captured some of the reactions below… 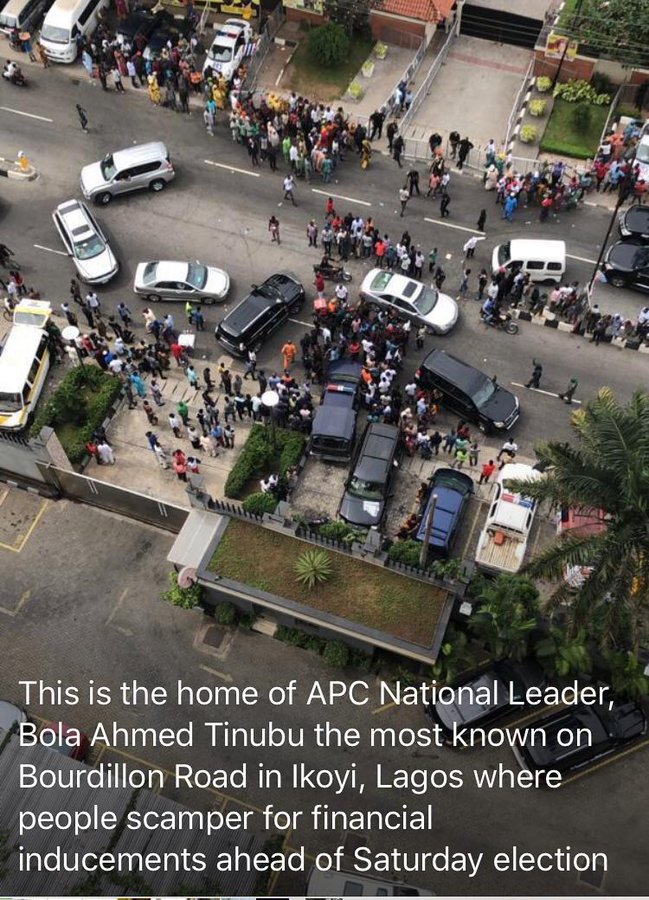 Buhari has fought corruption to standstill.

Please, when did Tinubu’s house in Bourdillon become a Bank that Bullion Vans are entering in daylight?

We are watching your leaders and some of them will end up in jail.

Lagos was skipped in the CBN sharing formula, this must be Lagos money – well done Ambode.

Lagos is truly the Centre of Excellence. 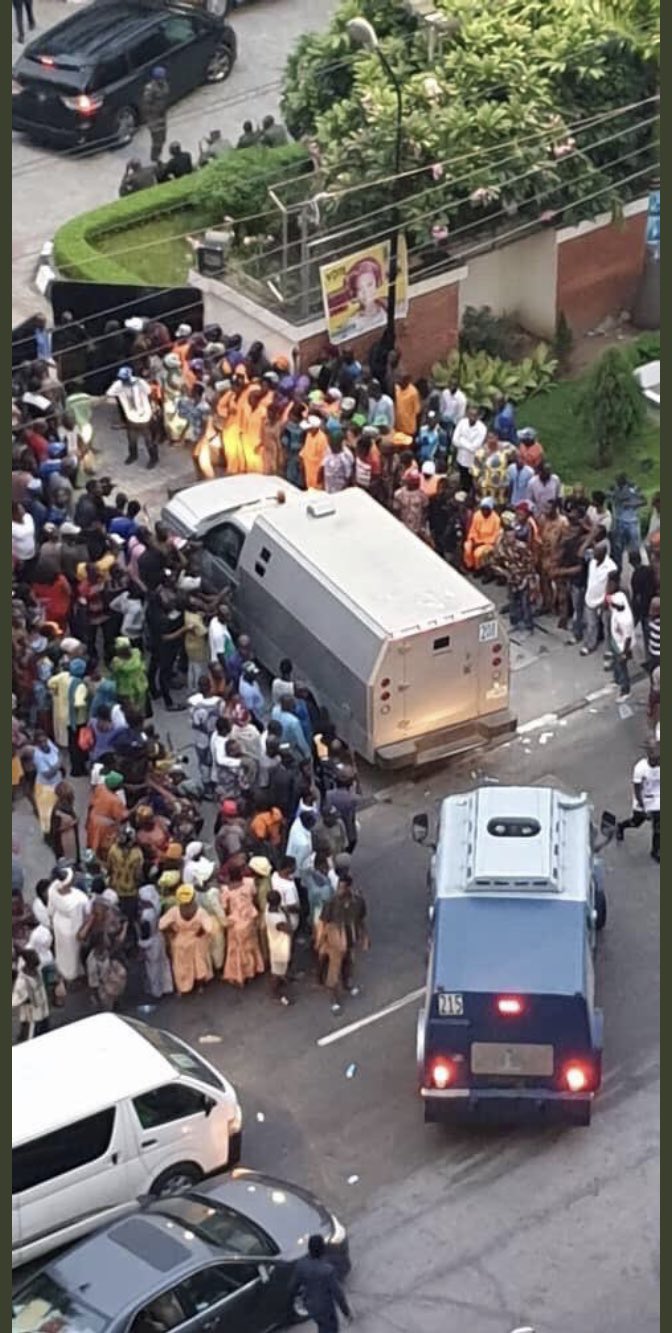 This is easily more than one billion Naira entering Bourdillon today #APCBullionVan is serious business. No more Ghana Must go?

This looks so much like Bullion vans entering the Federal Reserve Bank of Bourdillon. We observe. #NigeriaDecides2019 #NigeriaDecides pic.twitter.com/ExbIGjGTkw

The main opposition, PDP has alleged CBN opened its vault for over $100million to be shared for vote buying. pic.twitter.com/QXdlzw3Kv9

28 people are talking about this

I don't know when I'll recover from this picture.

Bullion vans were deployed to Bourdillon with integrity.

Is Tinubu that dumb to have allowed bullion vans into his bourdillon home in the purview of everyone in broad daylight?? You lots are dumberrrrr!!!!