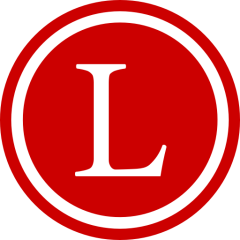 Lacy M. Johnson on Rejecting the Need to Be Liked

As a girl growing up, I recall a recurring storyline in my life: climbing trees, jumping my bike across well, anything, ripping the knees out of my pants, refusing the frilly dress, the curling iron or even the hairbrush and being told, “that’s not what nice girls do.” The only real concern was that my parents (meaning well) truly believed that reducing myself to someone who was likeable — polite, quiet, and of course appearance-conscious, meant success as a woman in the world. If only.

At Tin House, Lacy M. Johnson has a reckoning with likability — that ingrained need to compromise ourselves to meet the impossible standards others demand. She asks that we “make space for these stories of our failures, our ugliness, our unlikability, and greet them with love when they appear.”

After its release, a criticism waged against my memoir was that my “narrator” (which, spoilers, is me) isn’t likable, that I write things that make my readers uncomfortable and that I make choices with which my readers disagree. As if my most important job in finding language for a story that had none were to please. As if by labeling me unlikable, they don’t have to listen to the story I needed to tell. Raped women are unlikable, apparently. So are strong women. Women who survive. Ambitious women are unlikable, women who are good at their jobs, women who tell the truth. Women who don’t take shit are unlikable, women who burn bridges, women who know what they are worth.

Why shouldn’t women know their worth? Just because we’re not supposed to? Just because people don’t like it when we do? I know that I am good at lots of things — I am not good at singing (you’ll hear what I mean at karaoke tonight) but I know I write like a bad motherfucker. I am very funny in person. Also, I just ran a marathon. It wasn’t pretty or fast but I persisted and it is from small confidences like these that I draw courage to tell the truth, without regard for my likability.

As a woman, I have been raised to be nurturing, to care for others feelings’ and wellbeing often at the expense of my own. I have been taught that to be liked is to be good. But I have noticed that certain men are allowed to be any way they want. They get to be nuanced and complex. Adventurous and reclusive. They can say anything, do anything, disregard rules and social norms, break laws, commit treason, rob us blind, and nothing is held against them. A white man, in particular, can be an abuser, a rapist, a pedophile, a kidnapper of children, can commit genocide or do nothing notable or interesting at all and we are expected to hang on his every word as if it is a gift to the world. Likability doesn’t even enter the conversation. His writing doesn’t even have to be very good.

I am still talking about writing, though there is an uncanny resemblance to current events in the wider world. Let us consider, for example, our most recent presidential election. On the one hand, we had such a man as this: an unapologetically racist, sexist, homophobic, serial sexual assailant — a grifter, a con man — and on the other hand we had a woman many people didn’t like. That election cycle reminded us of all the words for an unlikable woman: she was a bitch, a cunt, a hag, a harpy, a twat, a criminal — she was unbearable, unelectable, unlikable.